il y a 2 ans 1 mois - il y a 2 ans 1 mois #329 par smithmfg
Mackel - connection with Luxembourgian shoemakers in USA 1880s a été créé par smithmfg
I found here on a page of industrie.lu the history of FALUX shoe manufacturers. In it is a hand-drawn map of Rue Mackel in Hollerich and after looking at it realized that Nicolas Mackel, noted on the map was the son of Pierre Mackel, a shoemaker. (Nicolas was a veterinarian) Pierre had five sons, two of which (Jean Baptiste and Pierre) were also shoemakers who emigrated to the United States about 1864 and 1867 respectively.

I have been researching this family. From the tidbits I can gather, one went to Iowa and one went to Chicago but eventually they both ended up in New Mexico Territory about 1881. From what I can piece together, it looks like they took turns traveling back to Luxembourg or had family members in Luxembourg travel to them every 1-2 years.

I started in Chicago where Jean Baptiste Mackel (anglicized name to John B. Mackel) had a very successful shoe business from about 1869 to 1881. He is married to a Sophia Neumann of Diekirch. They have one son, Ernst Peter Mackel, born about 1870 in Chicago. He had a few bumps in his road but eventually takes his small family to the New Mexico Territory where he settles.

Then an extremely kind angel sent me a link to Memorial des Großherzogthums Luxemburg, Volume 2, 1868, noting two sons of a Pierre Mackel and Marie Olimar who have left Hollerich for the United States by the names of Pierre and Jean Baptiste. Both were shoemakers.

Now I just have to prove these are the same people. They were both very savvy businessmen and although John eventually sold his shoe business, bought a saloon and settle down to the business of beer making and cigars among other pursuits, but not before he filed a shoe patent with the patent office in Washington DC.

Would anyone know anything of this family of shoemakers? I can see that FALUX settles on the same street. It seemed a successful business from what I could see of the article, although I must admit to having to rely on Google translate and both my French and German dictionaries.

Peter Mackel married Catherine _____________ before 1866. Jean B. Mackel married Sophia Neumann in Dec 1869. I have no idea where either marriage took place although I suspect it was in Luxembourg. I also have no records of how they got to the United States. I have searched and searched in every passenger list I could find for the time frame of 1863-1870. Any assistance is appreciated and I am always willing to share what I have already found.

Well, I think it's past time to go feed my family. I think I hear a beef burrito calling my name. Have a wonderful day all!
Dernière édition: il y a 2 ans 1 mois par admin. 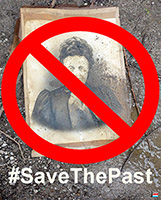 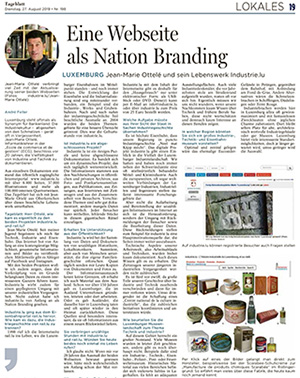